Featuring two video installations, State of the DysUnion captures the tensions of the 2016 & 2020 U.S. presidential elections—time periods marked by national division and a global pandemic. It first exhibited in 2018 at New Jersey City University, second in 2020 at Walford Galleries, Wheaton College in IL, and third in 2021 at Somatic, Southern CT State University.

River View Observer, “Alight in the Dark-Artist Joyce Yu-Jean Lee’s ‘State of the DysUnion’ extended at NJCU through Mar. 28,” March 19, 2018

State of the DysUnion, a three-channel multimedia installation, serves as both documentation and a meditation on “fake news” and “alternative facts.” Suspended from the ceiling, a cylindrical screen allows the viewer to step into the 360-degree-world of front page headlines. I collected and montaged the headlines and cover images of local, national, and international newspapers from dates pertaining to three specific historical events: Hillary Clinton’s nomination, Trump’s election, and the first Women’s March. Major city papers co-mingle with screenshots of other cultural “influencers” such as Breitbart and Politico. Though flashes of names and photos remain recognizable from the projection-in-the-round, the barrage of stories (whether legitimate or otherwise) does not so much convey comprehension as it elicits an emotional response—overwhelming the viewer with a barrage of information.

PARTY party: Red vs. Blue Polarity playfully removes the speech from President Barack Obama and President Donald Trump and replaces it with the shutter “clicks” of the journalist and paparazzi’s cameras. The PARTY party installation interrogates a specific media framing, the scripted political theater of POTUS press conferences. Inspired by old school 3D glasses whose combined red and blue polarizing filter create an illusion of depth, this piece dissects the psychology of two party American politics. 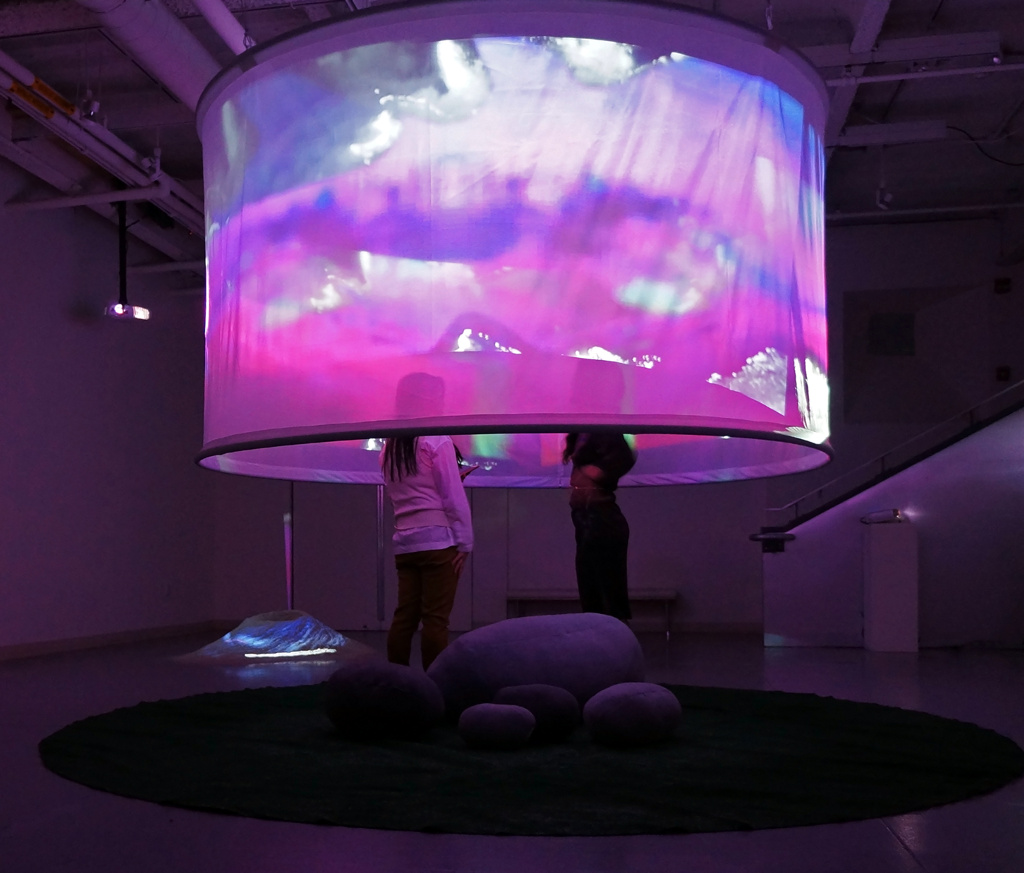 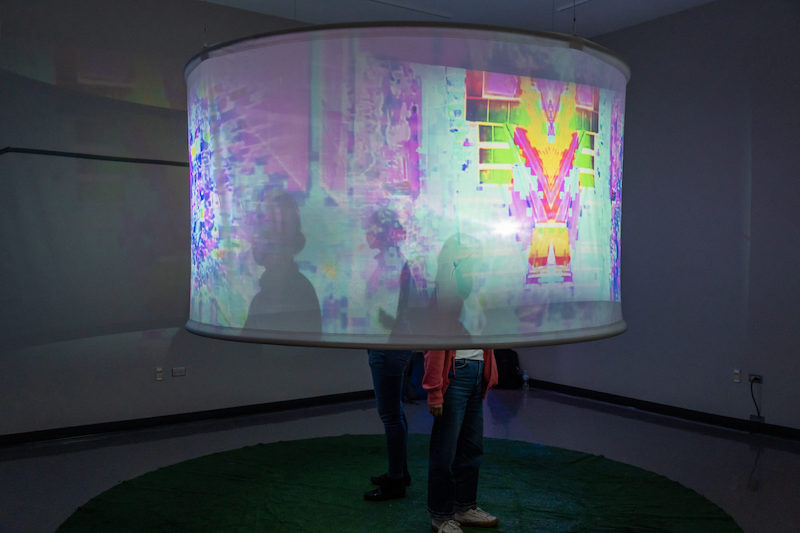 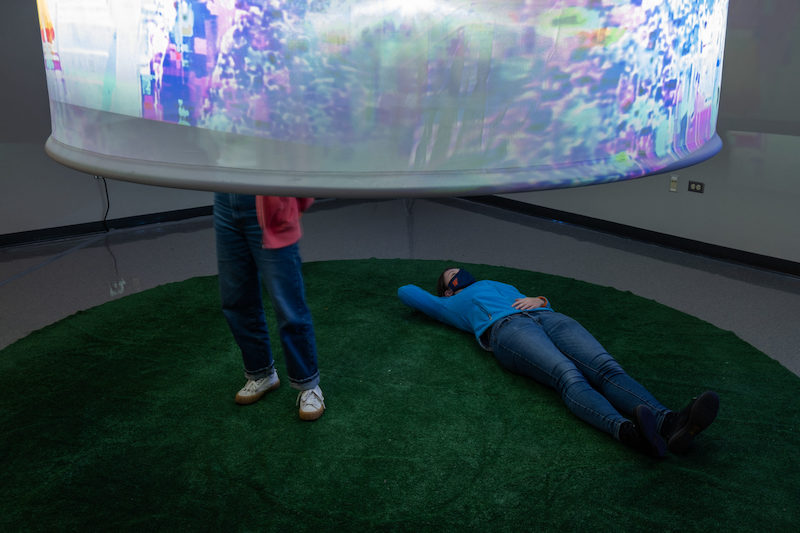 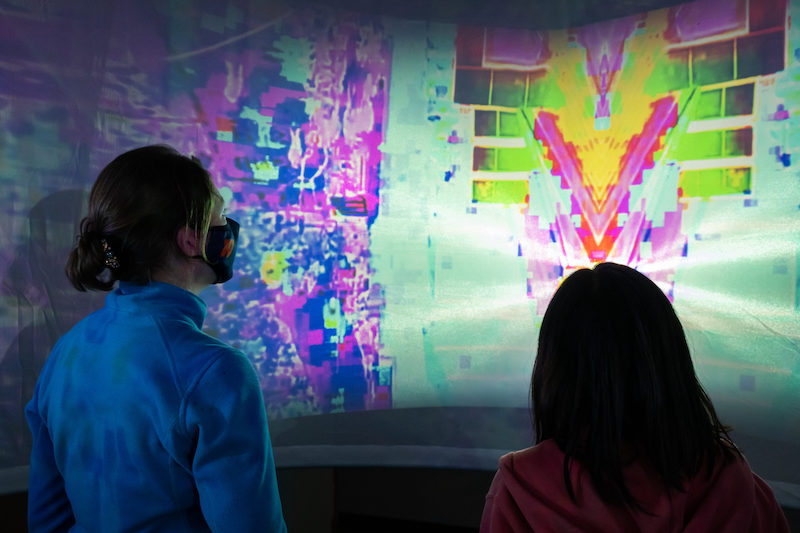 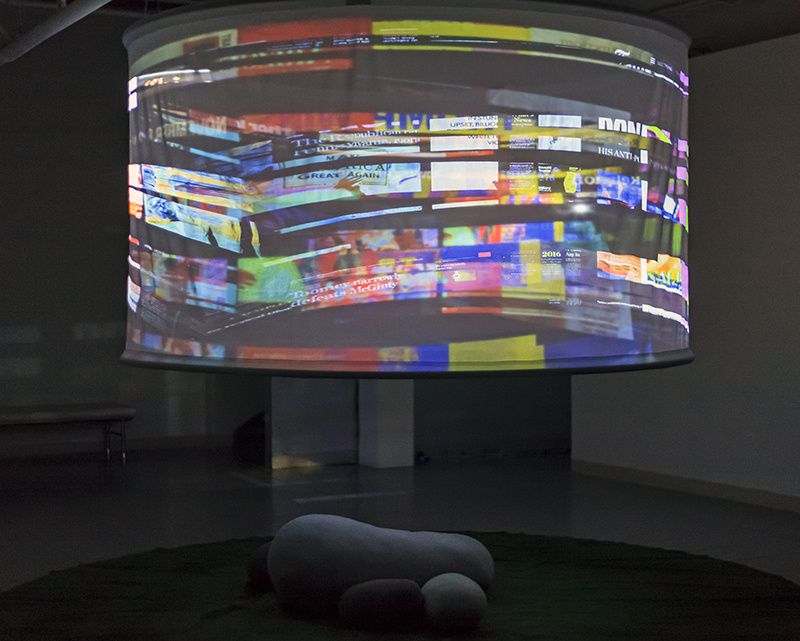 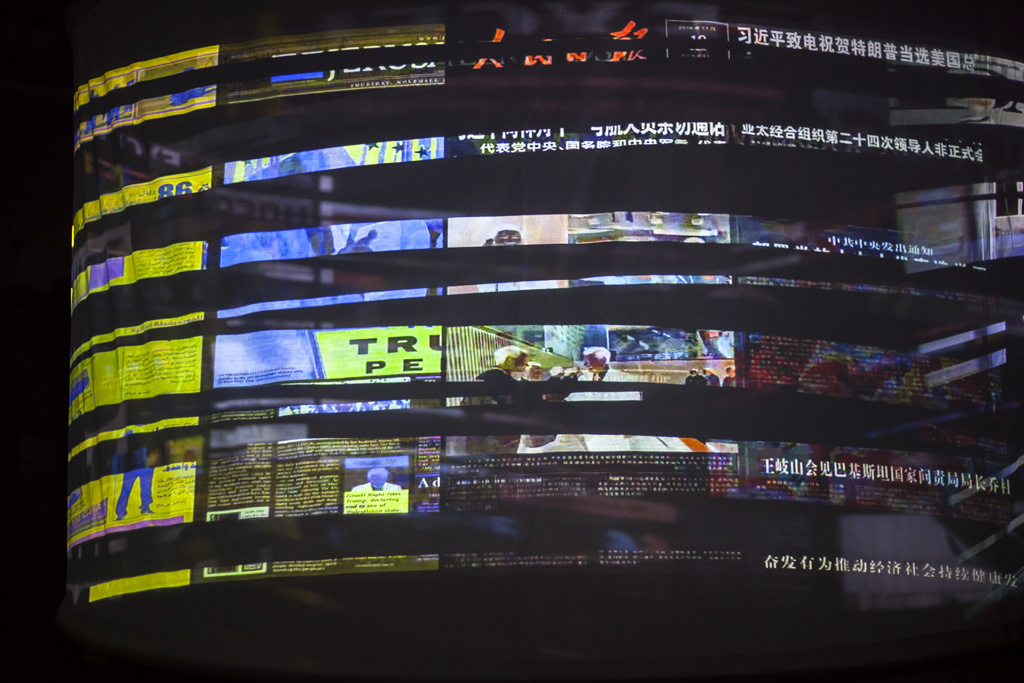 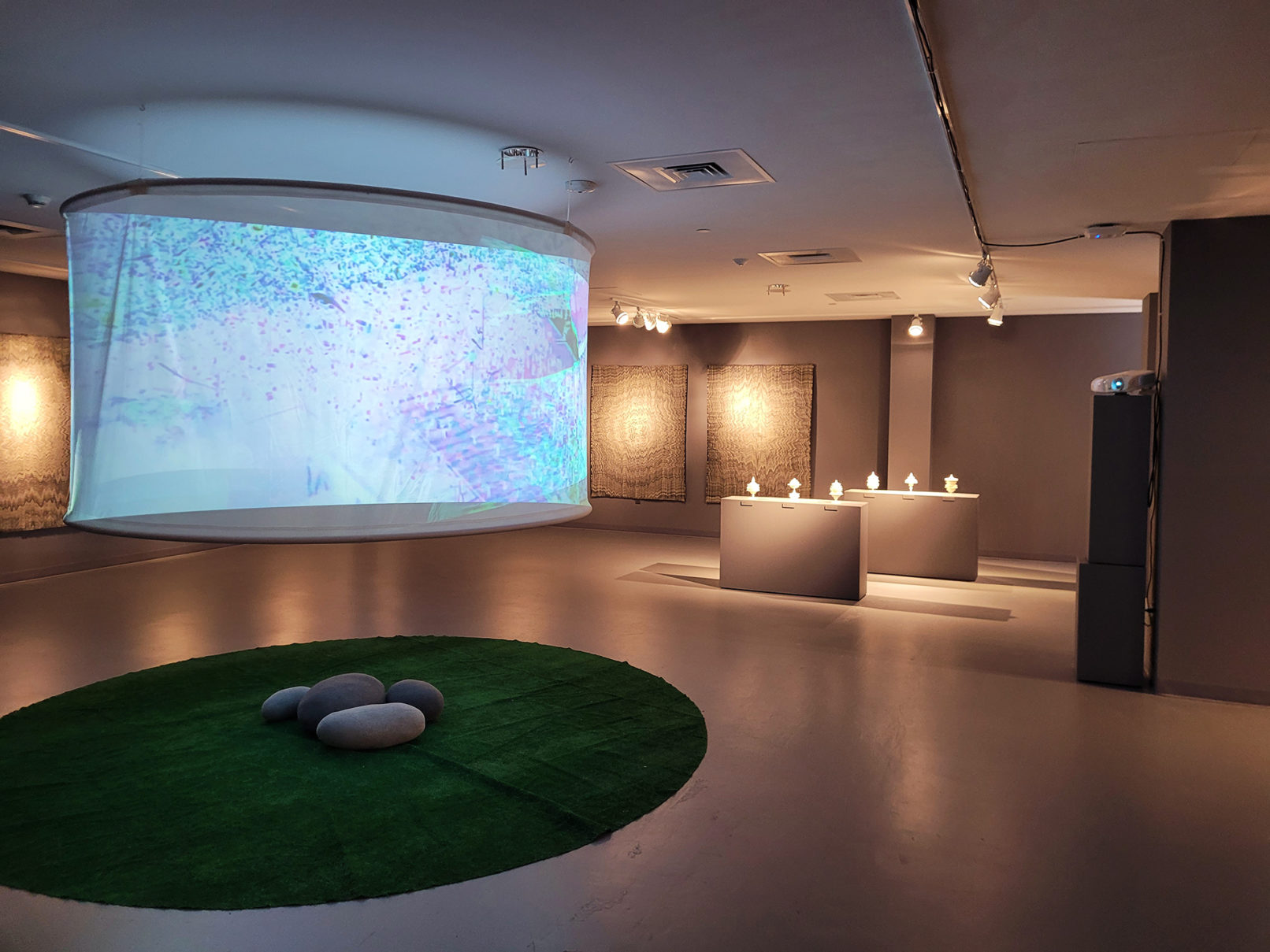 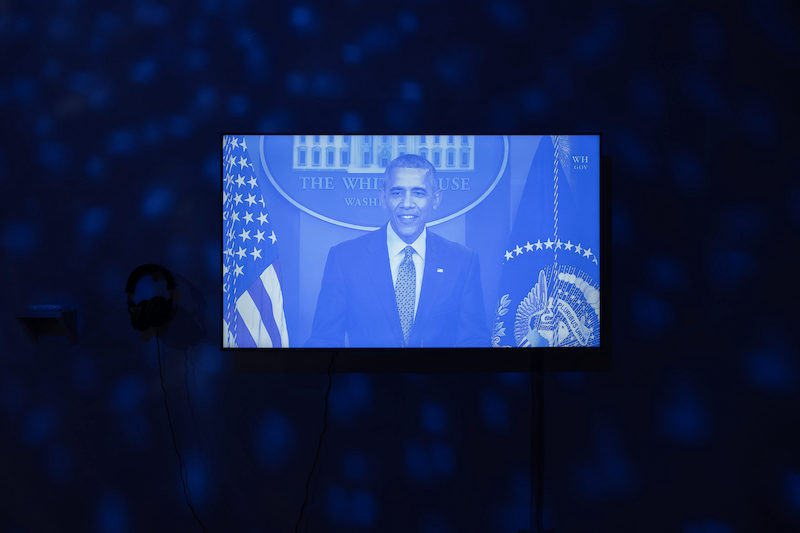 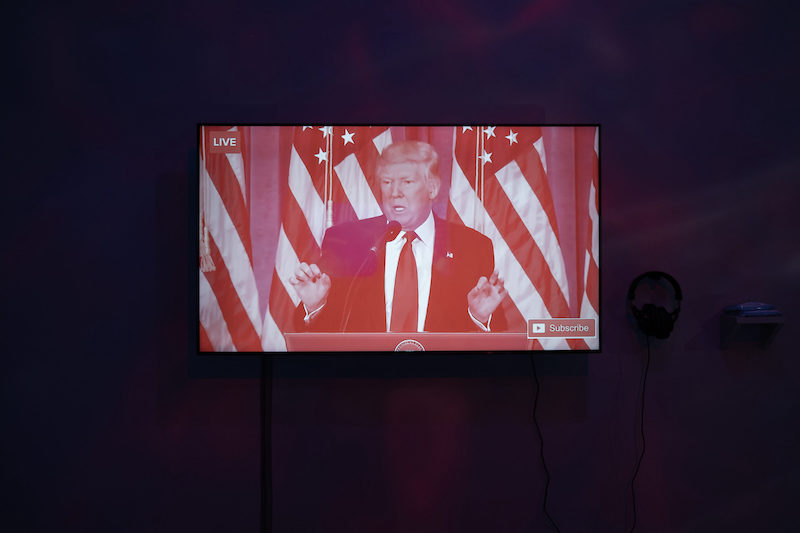